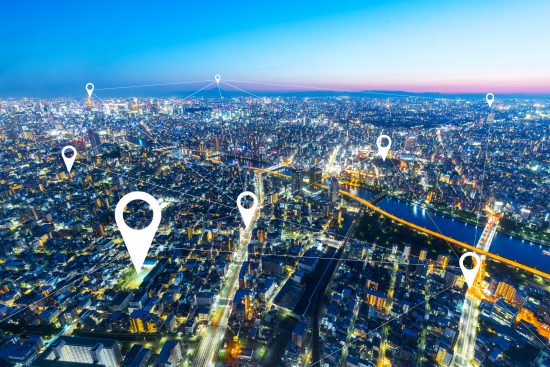 Spatial analysis or mapping can reveal geographic insights about health-related public investments that remain hidden when applying a typical non-spatial perspective. All In hosted a recent webinar featuring Jeff Maston at the Center for Urban and Regional Affairs (CURA) – University of Minnesota, a partner for the National Neighborhood Indicators Partnership, and Julia Koschinsky and Nicole Marwell at the University of Chicago, a past awardee of the Public Health National Center for Innovation. Presenters discussed how they have used spatial analysis to identify opportunities to improve community health and reduce inequities around funding and resource allocation across cities.

Jeff Maston reviewed capital budgets at the neighborhood level in order to bring greater transparency to city spending in St. Paul, MN. The project was initiated by community residents in St. Paul’s Eastside, who were concerned when funding was diverted from the remodeling of two recreation centers in their neighborhood to build a facility for the police department. This event raised questions about equity, as the Eastside neighborhood contains a third of the city’s population and more than half of the city’s low income residents.

A major challenge to conducting an analysis of city spending was the way the data was formatted. Each project’s budget information was contained in separate PDFs that were hundreds of pages long, requiring Matson’s team to cull through this information to create a simplified tracking spreadsheet that could be used to conduct a quantitative analysis. A series of maps and graphs were created from the data showing how funds were distributed geographically over a period of ten years. These visualizations demonstrated that poorer neighborhoods on the city’s Eastside were underrepresented in spending.

After presenting the analysis to the St. Paul City Council, the research received attention from the city and the media, and a resolution was passed requiring the Capital Improvement Budget Committee to tabulate plans by geography and to explicitly include geographic equity in the rating system used to allocate investments. The process for making city council assignments was also changed to improve representation of the Eastside communities, who were previously at a disadvantage.

Julia Koschinsky and Nicole Marwell examined the expense budgets and distribution of public spending on health and human services in Chicago, IL. Their analysis focused on the degree to which geographic distribution of funding matched with the distribution of needs across Chicago.

They wanted to understand the “big picture” of spending in the city and whether services were being delivered to the neighborhoods with the greatest needs. This proved to be complex, as the data on health and human services delivery is very fragmented. They started by looking at contracts with service providers, but found that the locations where the government usually sends funds are often the organizations’ headquarters rather than the locations where services are provided.

In order to understand whether funds were distributed equitably, they worked to create a new form to collect the data that captures the point of service delivery. They found that without service location data, the access to services (eg. time to get to the nearest provider) and spatial reach of health funding was underrepresented in areas with higher economic hardship. With a new method of data collection that goes beyond just tracking operations and measures spatial equity, their partner, the Chicago Department of Public Health, is better equipped to maximize health and social service spending by identifying neighborhoods with the highest needs.

To learn more, view the webinar resource bundle on the All In online community.

Subscribe here to receive email updates from All In: Data for Community Health

Last year, #AllInData4Health held 8 topic-focused Affinity Groups to foster peer learning & sharing on topics in data-sharing & multi-sector collabs. Now, we’re bringing them back this spring! If you’d like to join, share your thoughts in our survey: http://bit.ly/3zZ2IfH

Did you miss the 2021 All In National Meeting? As part of #AllInData4Health’s commitment to serve a learning community, we’re sharing recordings and resources for you to access on demand: http://bit.ly/3frFuW6 #AINM2021